GO AHEAD AND CALL, WE DON'T MIND 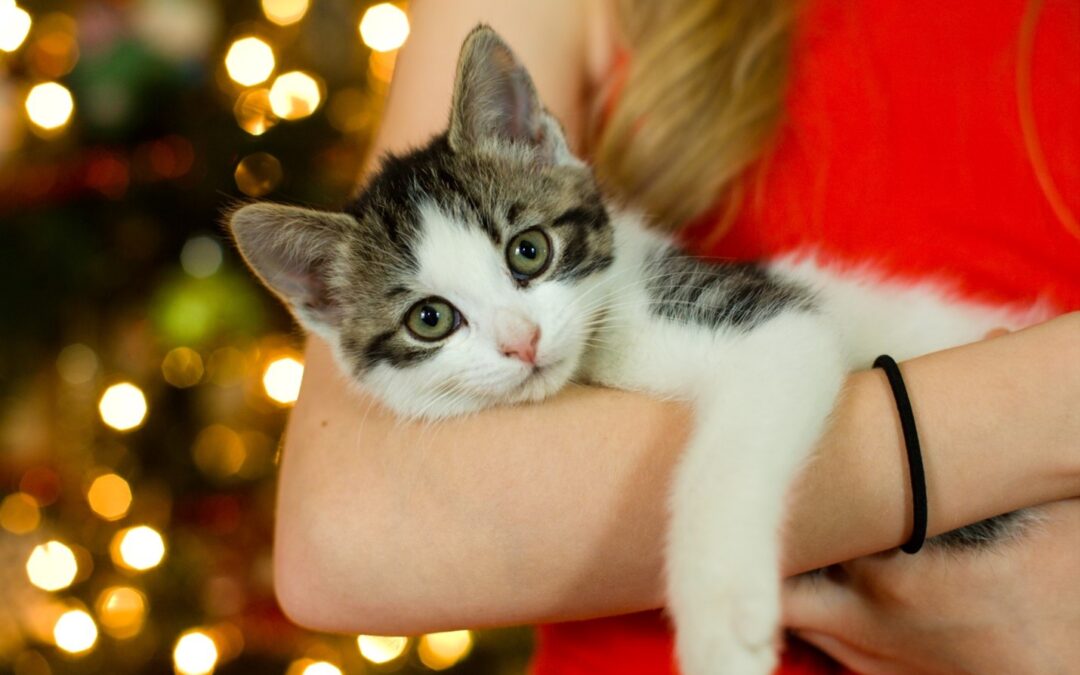 Cats are one of the unsolved mysteries of planet earth, having enchanted the hearts of men and women for ages. Their alluring and seductive nature has not only bewitched mankind but also made them one of the most popular domesticated pets. Despite felines being in a considerable number of homes, there is much about these creatures that is not common knowledge. Indubitably, there are quite a lot of new and fascinating facts to know about our feline friends.

Here are some mind-blowing facts about cats that you may not know:

There is a common saying that puzzled the minds of scientists since the 19th century that ‘cats always land on their feet each time they fall”, but is there an iota of truth in that? Cats have an intrinsic balancing system known as the “righting reflex.” This paves the way for easy positioning and makes them land on their feet. Every time they perceive they are falling, cats can twist their flexible backbones in the air, causing them to land safely on their paws and not falling splat on their back. Often, cats land the right way up. It’s not always true that they always land on their feet as the fall distance is a great determinant of the cat’s capability to land safely. Besides, cats have the ability to stretch out their legs to serve as a glider in the air. Their relatively small size, light-bone, and thickly furred body make them fall easy.

Not financially buoyant to hire a private eye? Keep calm; cats might be able to fill the void for you without a token. Ambassador Henry Helb found something of interest in the 1960s during his stay in Moscow’s Dutch embassy. He noticed unusual behavior in his Siamese kitties. They were arching their backs and clawing at one of the walls in his residence. Amazed by this new development, he was sure that something was fishy. He discovered 30 tiny microphones perfectly hidden behind the boards. Rather than apprehending the spies, Henry Helb and his team turned the tides against their opponents. They used the surveillance to benefit from seizing household packages trapped in customs while standing ahead of the mics. The over hearers took care of their grievances, and asides from Henry Helb and his acquaintances, no one was the wiser.

3. The Record For The Longest And Tallest Cat Ever

Usually, all domestic cats are considered very small and dainty four-legged creatures. But did you know the world’s longest cat was a Maine Coon named Mymains Stewart Gilligan (aka Stewie)? It measured 48.5 inches in length, equivalent to 123cm. You probably didn’t see that coming, did you? It belonged to Robin Hendrickson and Erik Brandsness. Stewie passed away in January 2013.

Moreover, Arcturus holds the record for the world’s tallest cat at an astonishing height of 19.05 inches, equivalent to 48.4cm! Those are some pretty big cats.

4. Isaac Newton And The Cat Door

Sir Isaac Newton is most famous for discovering the law of calculated gravity, but he is also believed to have invented the cat flap door. When Newton was conducting his experiment on color and the order, it came in a prism at the University of Cambridge. He needed to control the light, so he went to his attic, which had only one window where he could have a blackout. His cat followed him everywhere, just like a shadow. It was continuously interrupting his study by scratching at the door. Not wishing to upset her, he summoned the Cambridge carpenter to carve two holes in the door, one for the mother cat and one for her kittens! These holes can still be seen at the university today.

For the scientific bit, the cat flap walks like a pendulum in that it takes the same amount of time to swing from one side to the other. Each time the cat goes in or out, the flap exercises Newton’s third law of motion, which states that there is an equal and opposite reaction for every reaction. I’m sure this is new to you!

Crème Puff was a domestic cat like any other, owned by Jake Perry of Austin, Texas. According to the 2010 edition of Guinness world record, it remains the oldest cat to have lived at 38 years and three days old when he passed away. Astonished! Crème Puff was born on 3rd August 1967, lived until 6th August 2005, and his owner Jake Perry also owned the former oldest cat record holder, Grandpa Rex Allen, who succumbed to death at the age of 34! Jake Perry believed Crème Puff’s diet, which consisted of dry cat food combined with broccoli, eggs, turkey bacon, and coffee with cream, was the mystery to his long life span.

Initially, many thought that Egyptians domesticated cats. Cats were cared for and revered as idols, adored as companions, .and kept as agents of pest control. They are occasionally portrayed in Egyptian mythology in the feline goddesses Bastet, Sekhmet, and other gods. But in 2004, French archaeologists unraveled a roun buried deep beneath the earth. It was made evident that man’s close relationship with cats may have started much earlier than we believed. A 9,500-year-old cat grave buried with seashells, polished stones, and other decorative artifacts was discovered in Cyprus.  This interprets this to be the oldest known pet cat, and it antedates Egyptian art on account of cats by no less than 4,000 years!

You’d be right to say cats are sleepy pets. They spend a large portion of their lives sleeping! Based on Veterinary Hub, Cats factually spend about 70% of their entire lives in snooze mode, which translates to about 13-16 hours daily. It’s just how they are!

People who are unfamiliar with the feline lifestyle are easily puzzled by a cat’s sleeping habit. Cats sleep an average of 15 hours a day, while some sleepy kitties sleep up to 20 hours each day. There are a few factors that influence this, and age is one of the most important ones. Kittens sleep most of the day, while teenagers are more active and sleep for lesser hours. The senior cats tend to be less active and shut off more often for longer periods than the adult ones. Cold and rainy weather makes the cat snooze off and even sleep for even longer hours.

8. The Wealthiest Cat Is Named Blackie.

Ben Rea was a wealthy British antique dealer who cherished his cat Blackie very much, the last of the 15 cats he shared his property with after his demise in 1988. He bequeathed most of his fortune, totaling almost $13 million, to the fortunate and favored feline. He refused to recognize his family in his will. The wealth was shared between three cat charities, which had been earlier directed to closely examine Rea’s beloved companion. Blackie remains the wealthiest cat till this moment in the Guinness Book of World Records.

9. A Cat’s Nose Has Catnip Receptors.

Catnip is a plant and a strangely unconventional phenomenon for some reasons. Cats get high having inhaled the Nepetalactone, either it comes from a live plant, dried plant material, or an oil extract, which a cat identifies with the aid of receptors in its nose and mouth. The compounds initiate the normal unusual behaviors one likens with the zany kitty weed, including rolling around on the ground, sniffing, shaking the head, and rubbing the head. Irrespective of the underlying factor, Nepetalactone initiates and propels an extreme, inebriated response in many cats. “If you put catnip on a scratching board, a cat will come along and sniff it and then start rubbing their face, then drooling, the rolling in it.” Asides from Nepetalactone, some chemicals also trigger similar reactions in cats. Chemicals like iridomyrmecin and actinidine.

The name probably sounds strange! Right? Try ameliorating your vocabulary by making use of the word ailurophile in an informal discussion. The ancient Egyptian were peradventure the greatest cat lovers, treating them with love and affection, adorning them in their works of art, and even revering them as deities. But the English word ailurophile does not germinate from Egyptian but rather a fancy word for people who love cats, as in “cat lover” and rooted from the Greek word for cat, ailouros, and the suffix -phile, meaning “lover.” Contrarily, the word ailurophobe is a combination of ailouros and phobe, which describes an individual who hates cats.